I was delighted to attend a reception at the National Archives of Scotland (NAS) to mark the unveiling of a previously unknown letter relating to the last period of the Poet’s life. The letter was written by Burns' superior officer John Mitchell, to the Commissioner of Excise, Robert Graham of Fintry, and details a journey by Robert Burns to the Dumfries Excise office to collect his salary on July 14, 1796. Mitchell described Burns as "reduced & shattered … in the extreme," but noted that his "wit and humour remained."

The Excise Salary Book, already kept in the NAS, bears a highly poignant signature, dated July 14, 1796, which shows clear evidence of his failing physical condition. It is shaky and marred by ink blots. The letter reveals for the first time that Burns did actually make the journey to Dumfries, despite being urged not to do so. Wracked by pain, but desperate to make proper provision for his wife and children, Burns must have ignored Mitchell’s advice not to travel and made his way to collect his salary; he died one week later on July 21, 1796. 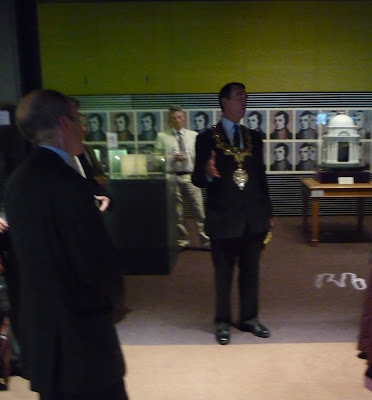 In his speech, George Mackenzie, Keeper of the Records of Scotland, expressed his delight at the response generated by the find from around the world . 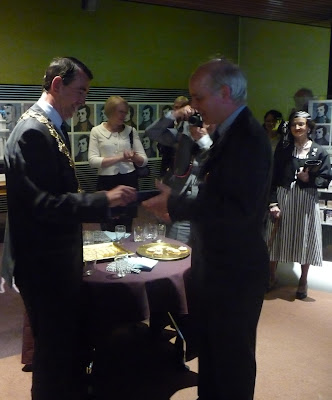 In my response I thanked the NAS for helping the Federation maintain interest in Burns and in recognition of the importance of the find I presented Federation Homecoming Medals to Tristram Clarke and David Brown (above) who were responsible for finding the letter and pursuing its significance. Also in the photograph above, in the stripped dress, is Janet Elsie-May Coom, the great, great, great granddaughter of Burns through Anna Park. She expressed her delight at seeing the letter with its moving description of his condition during the final stages of his life. 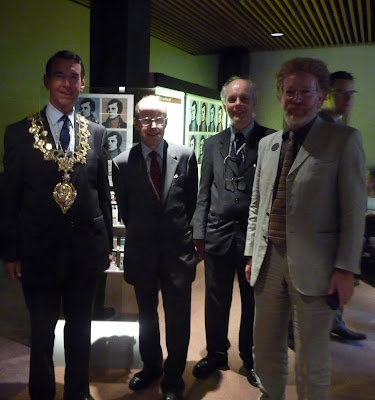 Photograph shows, from right, Tristram Carke, David Brown and George MacKenzie, Keeper of the Records of Scotland. All were now better informed about the role of the RBWF in keeping alive the memory of the life and works of Burns and hopefully this will lead to further collaboration in the future. For example, we promoted the idea of having the letter on display, probably on a temporary basis because of the need to preserve its condition, at the new Birthplace Museum in Alloway as a way of generating further interest in the role of the NAS.
Posted by Current President at 04:07